renovate not rebuild is the mantra behind MVRDVthe latest shenzhen project, China. the dutch architecture studio has converted a former factory in an office building called the “idea factory” in the historic district of nantou.

the renovated building spans six floors and has a total area of ​​11,000 m². the program includes offices for the urban research institute of property developer china vanke as well as workspaces For rent.

work included removing the original facades to expose the factory’s concrete structure and reveal traces of its history. the original structure has also been reinforced to make room for an additional floor on top. the new facade is set back from the concrete face in the form of a grid, creating open loggias that wrap around the entire building. these spaces serve as both circulation and meeting places between colleagues.

by working with an existing building, MVRDV reduced the intrinsic carbon emissions of the project while retaining a piece of nantou history. founding partner winy maas develops,“The idea factory shows us the wealth of possibilities offered by buildings that some may consider as ‘dilapidated’ or beyond their useful life. not only have we been able to use this existing structure, but we have intensified its use – by adding an additional floor – and woven it into the public domain of nantou with its green and public roof. this shows that the “hyper-new” city of shenzhen is entering its phase of reusing and renewing old buildings and transforming them into “new-old”. 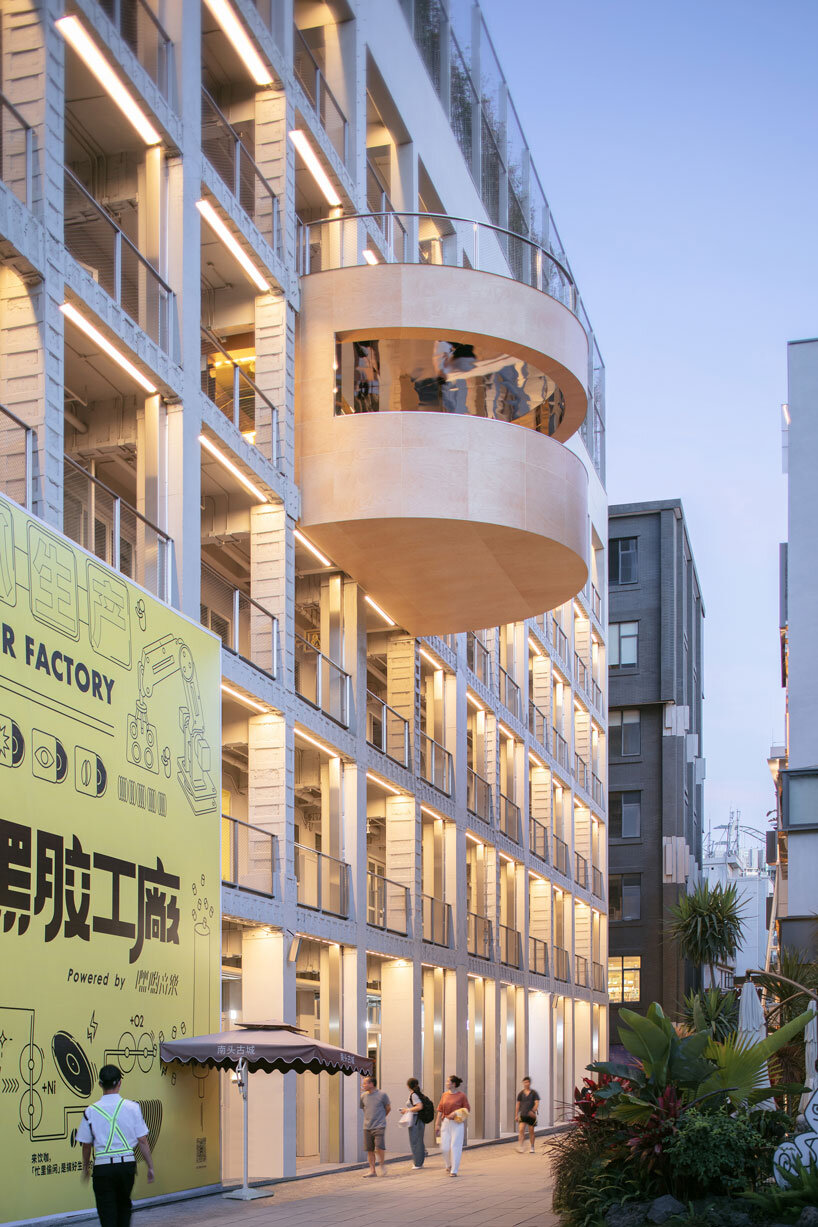 on the ground floor of the east-facing elevation, there is a wooden-clad tube-shaped projection that marks the entrance to a public staircase. the staircase climbs through the center of the building until it reaches the roof garden. mirrors and neon neon signs decorate this public space in homage to the early urbanization of shenzhen. the staircase protrudes from the other side of the building on the fourth floor, offering a view of the surrounding rooftops. 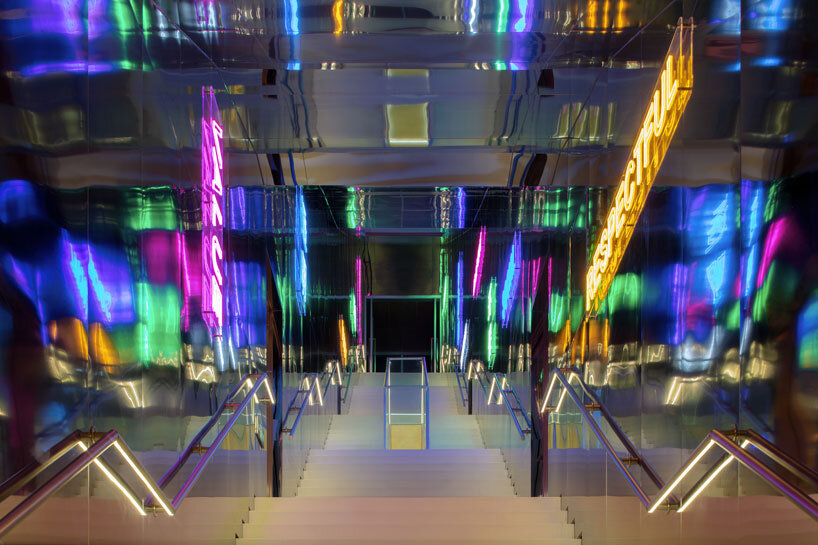 the public staircase is dressed in mirrors and neon lights

the public roof garden is divided by bamboo “walls” to create a maze-like landscape with different rooms. each room contains a different activity: a glass box for shows and events, a variety of seats, a gym, a trampoline, swings, a tea room, a dining room, a dance floor and a chess.

Besides creating a fun place for the public, the bamboo roof also provides cool, shaded space and supports biodiversity in a dense urban environment. MVRDV adds that the activity rooms offer social and leisure spaces in a historically disadvantaged neighborhood. 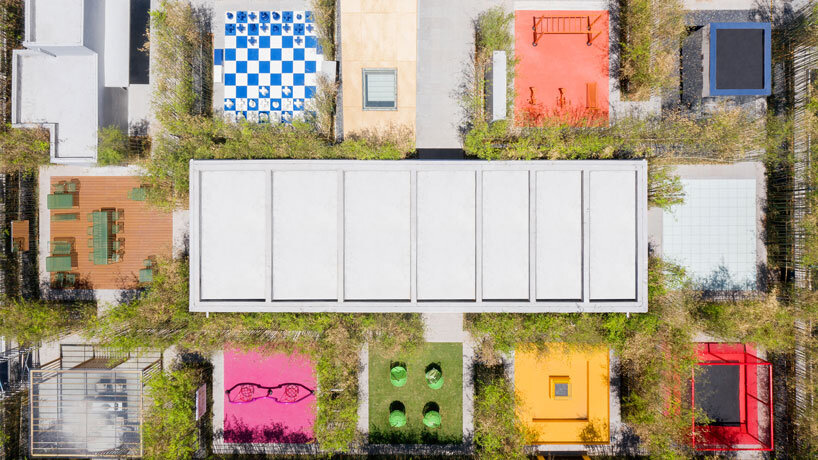 the roof is divided into rooms

the idea factory is the largest project among a number of renovations proposed by vanke, all designed by nationally and internationally renowned architects, which aim to accelerate nantou’s transformation into a cultural and creative center.