TAIPEI (Taiwan News) – A scene from the opening show of the 2020 Beijing Winter Olympics on Friday, Feb. 4, has been interpreted by Chinese netizens as an analogue of the cross-strait relationship.

A program from the opening show featured hundreds of children holding lanterns in the shape of doves of peace and joining together to form a heart at center stage. One of the children seemed to be left behind and was only able to find his way back to the group with the help of a senior interpreter.

The scene sparked heated discussions among netizens on Chinese microblogging platform Weibo, with some reading the performance extensively. Some netizens believe the “missing dove” was intended as a metaphor for “Taiwan losing its way” and waiting to be “brought back into the fold of China”, per hk01.

In a post on Weibo, the Central Committee of the Communist Youth League of China shared a GIF image of the scene, with the Chinese caption “Lost child, go home early”. The fact that the “lone dove” stood southeast of the “flock of doves” only makes the parallel more compelling given Taiwan‘s location.

Despite all the buzz about the scene’s hidden meaning, it was actually pulled from what really happened during rehearsals for the show. During a session, a ten-year-old girl moved too slowly to catch up with the other dancers, which inspired the director. 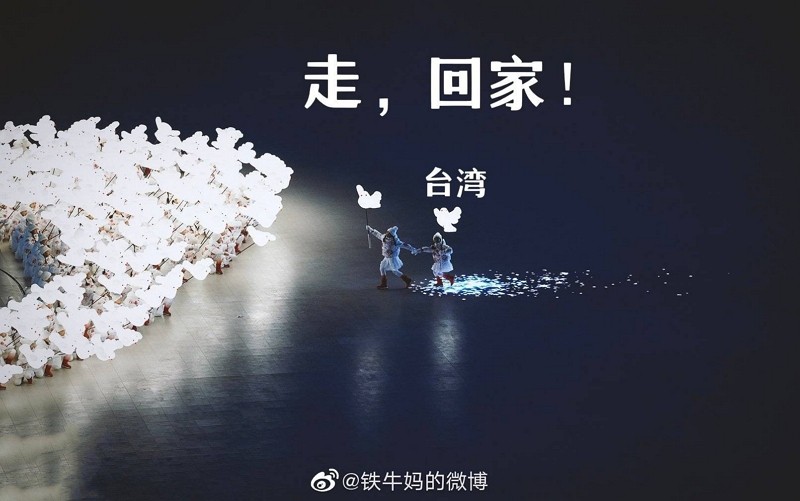