FEEL POWERLESS:
Many Hong Kongers who fled to Taiwan have not only been beaten up in their home country, but now find it difficult to make friends and integrate into the local culture.

The majority of Hong Kongers who have sought asylum in Taiwan are showing signs of trauma from political violence, while most are struggling to adjust to life in their new home, a source who works with them has said. .

“Many of the victims were beaten by Hong Kong police or were close to someone who was shot or killed during the protests,” the source said. “Their experiences have left them scarred and unable to return to where they came from.”

Many Hong Kongers who took part in anti-extradition protests in 2019 saw support for Hong Kong expressed in Taiwanese media and by Taiwanese politicians ahead of the 2020 presidential election.

“They thought there would be a lot of social support for them in Taiwan, but after they arrived here, they found out that most Taiwanese don’t really care about Hong Kong,” the source said.

Those who fled from Hong Kong to Taiwan have struggled to find a safe social network and often feel lonely, the source said, adding that “their heart remains in Hong Kong”.

Some of the asylum seekers came to Taiwan soon after the protests began, others applied after the introduction of Hong Kong’s national security law, and still others found themselves unable to leave Hong Kong after its government implemented strict border controls to stem the spread. of the COVID-19 pandemic, the source said. 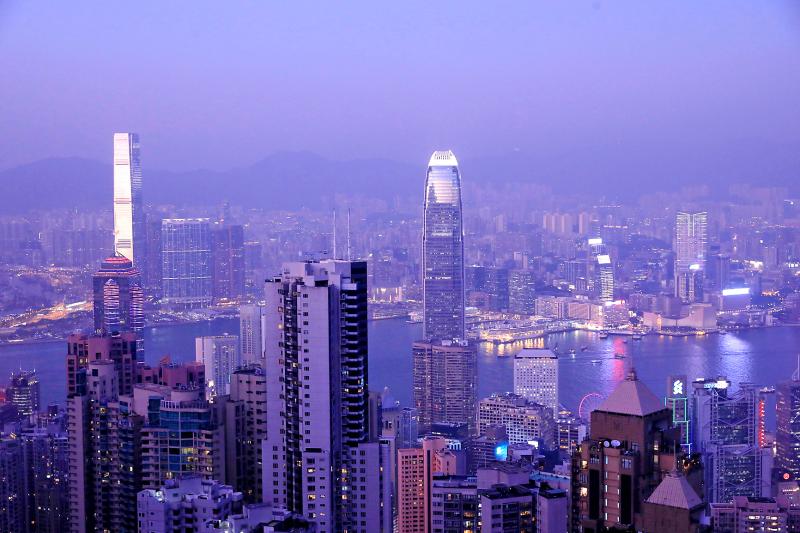 “Some of those who arrived in Taiwan safely feel guilty that they were able to leave while others are still trapped in Hong Kong. Taiwanese are unable to understand these feelings,” the source said.

Part of the frustration of Hong Kongers in Taiwan stems from feelings of helplessness in the face of the Chinese Communist Party, which has destroyed the freedoms Hong Kong enjoyed in the past, the source said.

“Most Hong Kongers of all age groups find it difficult to find suitable employment and adapt to life,” the source said. “Some chose to return to Hong Kong, only to be arrested upon arrival.”

Peng Jen-yu (彭仁郁), a researcher at Academia Sinica, said he fears Hong Kongers who experience trauma from political violence may turn to drugs or alcohol, or become suspicious of others .

“Some people who have taken part in the protests have seen partners or friends injured by the police when they are powerless to help,” she said. “They might also have family members who don’t support their participation in the protests.”

Some Hong Kongers said they were ostracized by their families, she said, comparing the situation to protesters involved in Taiwan’s Sunflower movement who were berated by parents and relatives for their involvement.

In some cases, Hong Kongers attending the protests knew the police had recorded their attendance, so they decided to flee to Taiwan while they could, Peng said.

“Some have been lucky enough to have family support, and their families sometimes send them money, but others are not so lucky and have to rely on non-governmental organizations for help,” she said.

The number of Hong Kongers who come to Taiwan and see a future for themselves in the country is relatively low, Peng said, adding that most see Taiwan as a temporary home.

Comments will be moderated. Keep comments relevant to the article. Remarks containing abusive and obscene language, personal attacks of any kind or promotion will be removed and the user banned. The final decision will be at the discretion of The Taipei Times.